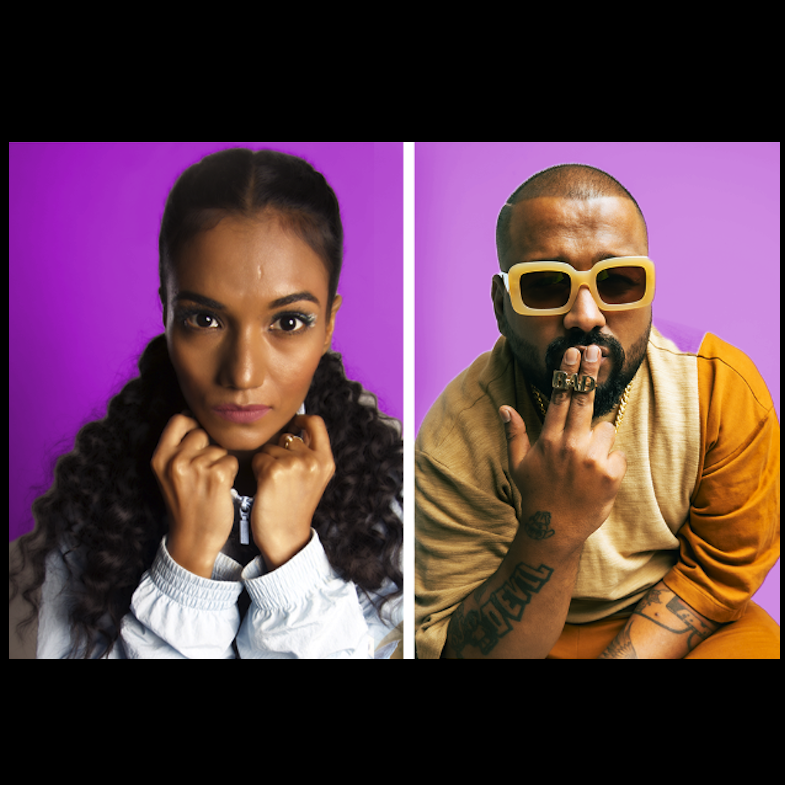 Deepa Unnikrishnan aka Dee MC is a prominent figure in the Indian hip hop community. Having represented India internationally in the UK (Alchemy Festival by Southbank Centre), Canada (DesiFest) as well as Belgium (La Belle Hip Hop Festival), Dee appeared as herself in the film Gully Boy (2019). Her music reflects her own journey, while at the same time touching upon issues that concern society at large. Apart from her stride of TV shows such as Rising Star on Colors and Antisocial on MTV, Dee has crooned for Bollywood hits such as ‘Jagga Jiteya’ from the film URI and ‘Shuru Karein Kya’ from Article 15.

Dee MC has been independently releasing music since 2012. In 2019, she released her much awaited debut album ‘Dee=MC²’ produced by Sunit Music which charted #17 on Apple Music under Hip Hop genre. Tracks like 'Rang' and 'Vadhaiyaan' from the album speak about brown skin prejudice and social injustice, women empowerment respectively. She has also been featured in Vogue India and Cosmopolitan India for her outstanding work.

Born in a Maharashtrian middle class family that resided in a chawl in Mumbai, 31-year-old Dhaval Parab also goes by the stage name D’Evil. He is one the most accredited members in the Mumbai underground hip-hop community. Known in the Mumbai rap circles for his booming sonic wordplay, he gained critical acclaim in the music scene with his first two solo singles ‘Kadki’ in 2016 and ‘Chal Bhak’ in 2018. In 2019 he contributed to dialogue-writing for the lead roles and lyrics of some of the more popular tracks including ‘Apna Time Ayega’ in Zoya Akhtar’s ‘Gully Boy’. He joined Divine’s independent venture, Gully Gang Entertainment and contributed to the track ‘Gully Gang Cypher’ and Divine’s debut album ‘Kohinoor’ by being a part of the track called ‘Vibe Hai’. In 2019 he released the track ‘Hip Hop Bajega’ through Gully Gang Records followed by the track ‘BRINKS’ alongside LA based rapper Elvis Brown in the Mass Appeal India and Gully Gang Records promoted EP ‘Shutdown'. 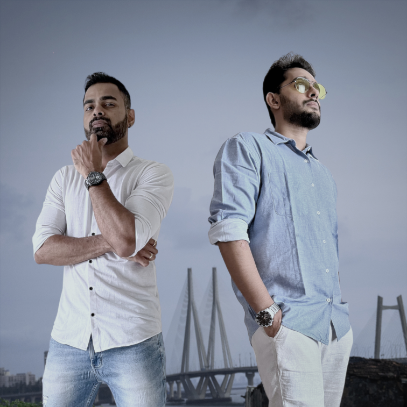 A collaboration between Keydroid and Onkar Tarkase is one of the original tracks you can expect @MVP 2022. Penned by Shammika Bhide it is about finding a parallel between the monsoons bringing a season of longings and heartbreaks in a modern urban environment. Onkar came up with the vocal melody and Keydroid immediately jumped into making a dance tune out of it. Fusing it with Indian flute over bass drops and with glitchy sound design we tried to highlight the essence of a busy city life and leave the listeners foot tapping. 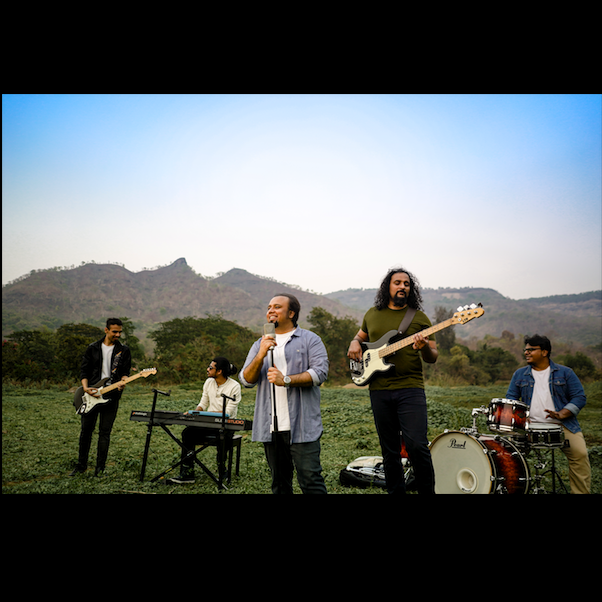 Madmast is a Hindi-Urdu musical project from Mumbai. Formed in 2017, the band has been working on their original music since the last couple of years, which can be described as a tasteful rich lyrical content floating over riveting melodies and intricate musical arrangements.

The band draws inspirations from all kinds of music, be it Hindustani Classical, Folk, Rock, Blues, Funk, Pop and Film music. They have successfully recorded an 8-song album called ‘Gumshuda ki Talaash’, that is slated to release across 2021-22. Their songs surpass the norms of genre, and show massive promise in terms of variety and experimentation. 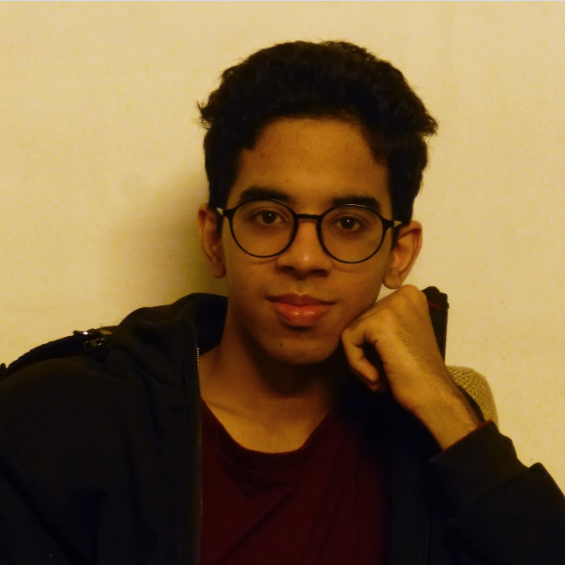 "Just having passed my twelfth standard exams, I'm an avid music lover with tastes across various
genres. These include AR Rahman, Madan Mohan, Kumar Gandharva, RD Burman, Naushad as well
as the likes of Michael Jackson,John Williams,Mozart and Bach.
I'm also a music composer, and have composed for few local short films and feature films.
My foray into classical music has been a curious one. When I first listened to classical compositions,
it was as if I came into contact with the very soul of the music. Its breathtaking nuances stirred me
passionately. And it was due to this that I decided to take up music. It was my inner calling.
Music altered my mind in various ways, and I would start analyzing it, understanding it, so that my
my own perception significantly developed.
Thus I started experimenting with sounds on my computer. My background as a tabla player also
aided me with this. But my repertoire was not to be limited to classical only; Michael Jackson
appealed to me as much as AR Rahman. Rock captivated me in different ways, too.
Naturally, I came to use DAW and other kindred platforms very proficiently. There I learned the
finer aspects of production. But in all these experiences, it has always been the inner spirituality,
that guided me. Creation, at any level, is a work of joy; and it is this that has propelled me on
smoothly." 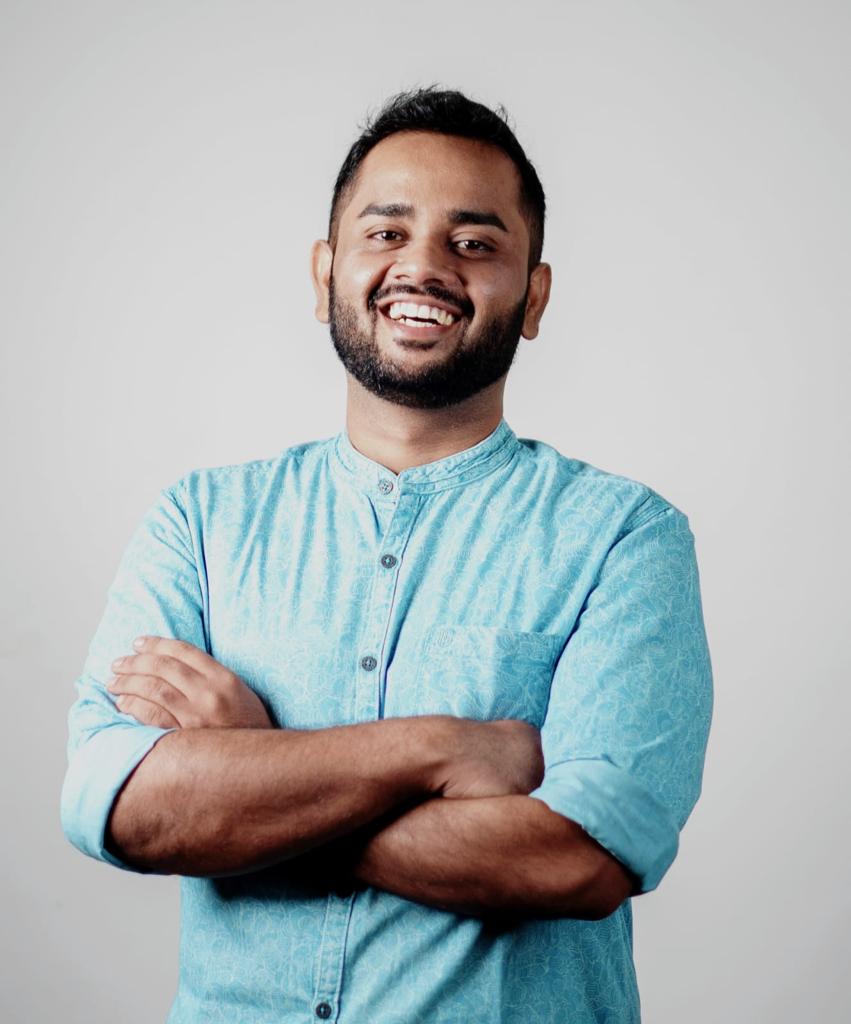 Prince started playing music at the age of 4 and has been pursuing music for the last 25 years. An alumni from the prestigious college of K.M. Music Conservatory, he holds a Diploma in Music and has completed his 8th grade From Trinity School of Music London. He has produced and composed music for more than 1500 tracks which includes movies, ads, jingles, documentaries, songs and background scores. He has extensively worked with renowned artists like A.R. Rahman, Zakir Hussain, Niladri Kumar, Salim Merchant, Vishal Dadlani, Amit Trivedi to name a few.

Apart from his musical endeavours, Prince also heads Expressions School of Music and Performing Arts which currently teaches music and dance to more than 40,000 students across India each day. 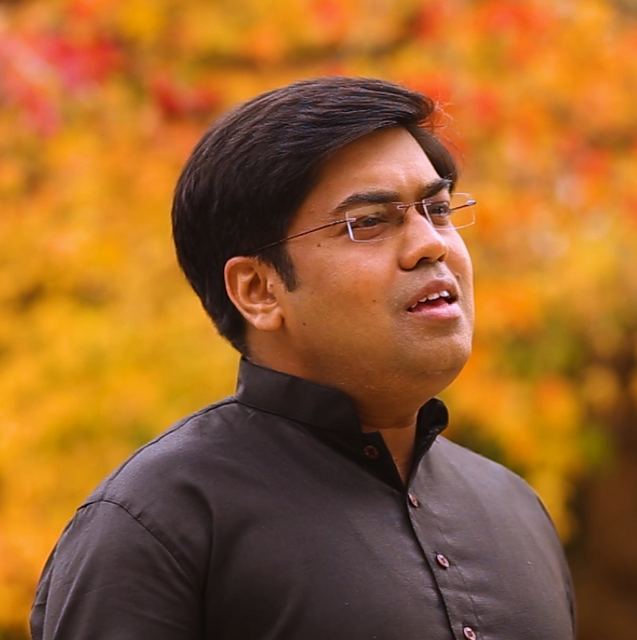 Pulak Bose is multi-talented and excels in both music production as well as filmmaking! Founder of Imagonic Motion Media, a media production house based in Melbourne, Australia, he is a music composer, producer, lyricist and singer. Pulak works passionately on original compositions (independent singles, theme songs, jingles), recreating old hits, producing music videos and short films, and has been associated with Zee TV for the Ismaili Sounds (worldwide). His independent singles are streaming on Spotify, Amazon, Hungama and iTunes. 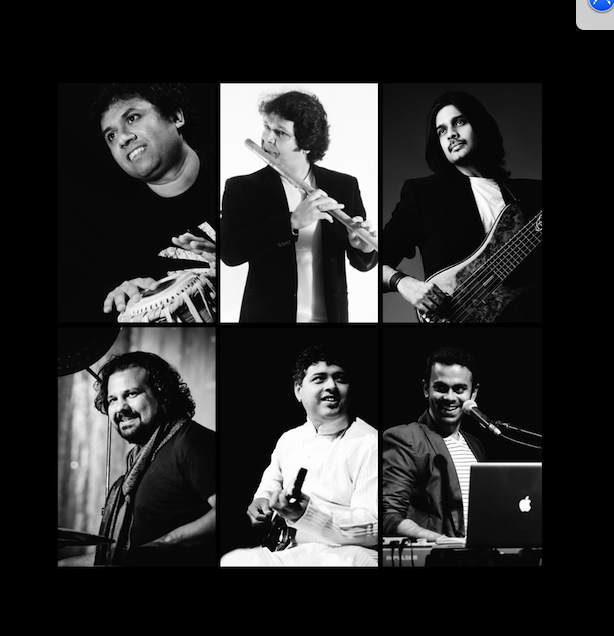 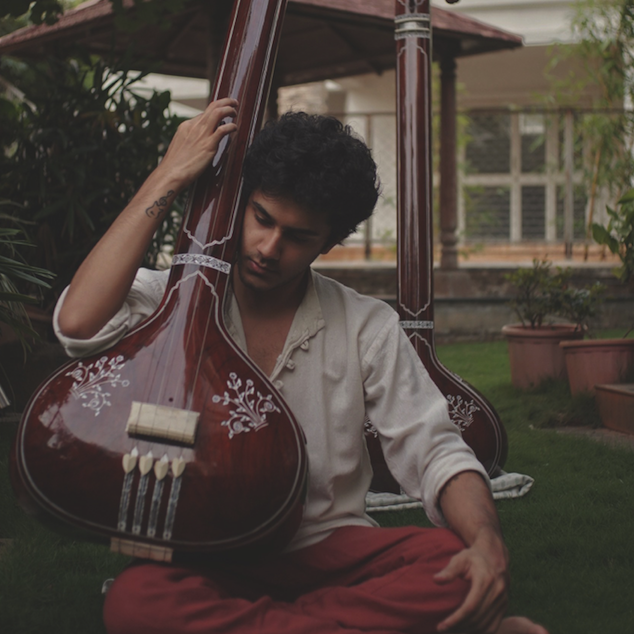 Reeshabh Purohit is a 20 year old vocalist and composer from Pune, India. He has learned the Agra and Gwalior style of Indian Classical Music for over 14 years from eminent gurus. He has performed at various prestigious platforms in India and abroad and has given playback in Marathi cinema. He is currently studying at Berklee College of Music in Boston for a degree in Music Production and Engineering! With his roots in traditional Indian Classical music, and his passion for contemporary music, Reeshabh creates a fresh and unique fusion of music. 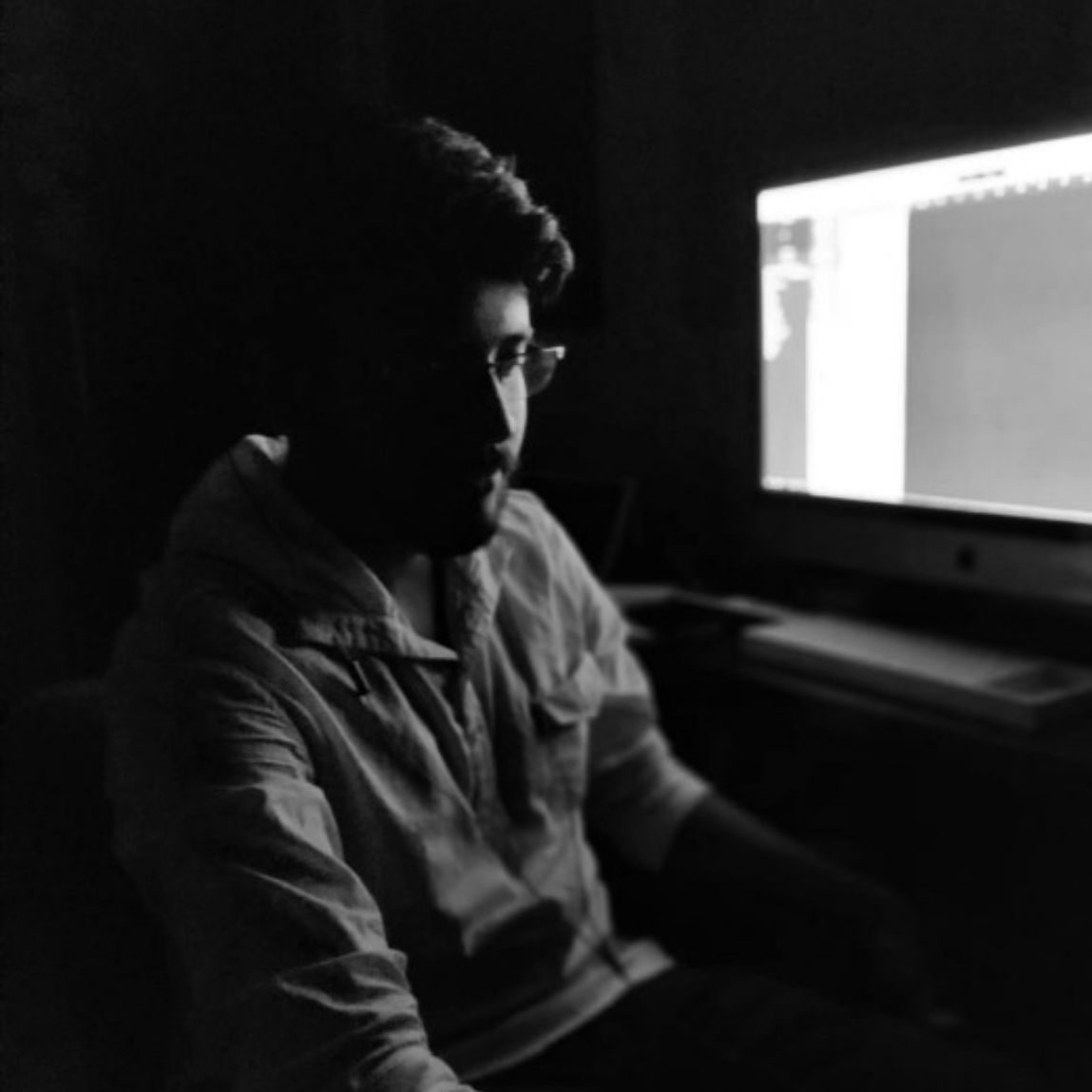 Saisamarth Mulay works with several big production houses and is part of the Marathi industry as a music director. A fiery and passionate musician, designing sound is another of his fervent pursuits, as attested through many of his released projects in Marathi and Hindi cinema. Saisamarth is also certified in industry-standard software (DAW) like Logic Pro and Pro-tools. His proprietary company, S M Euphony provides complete audio production needs. 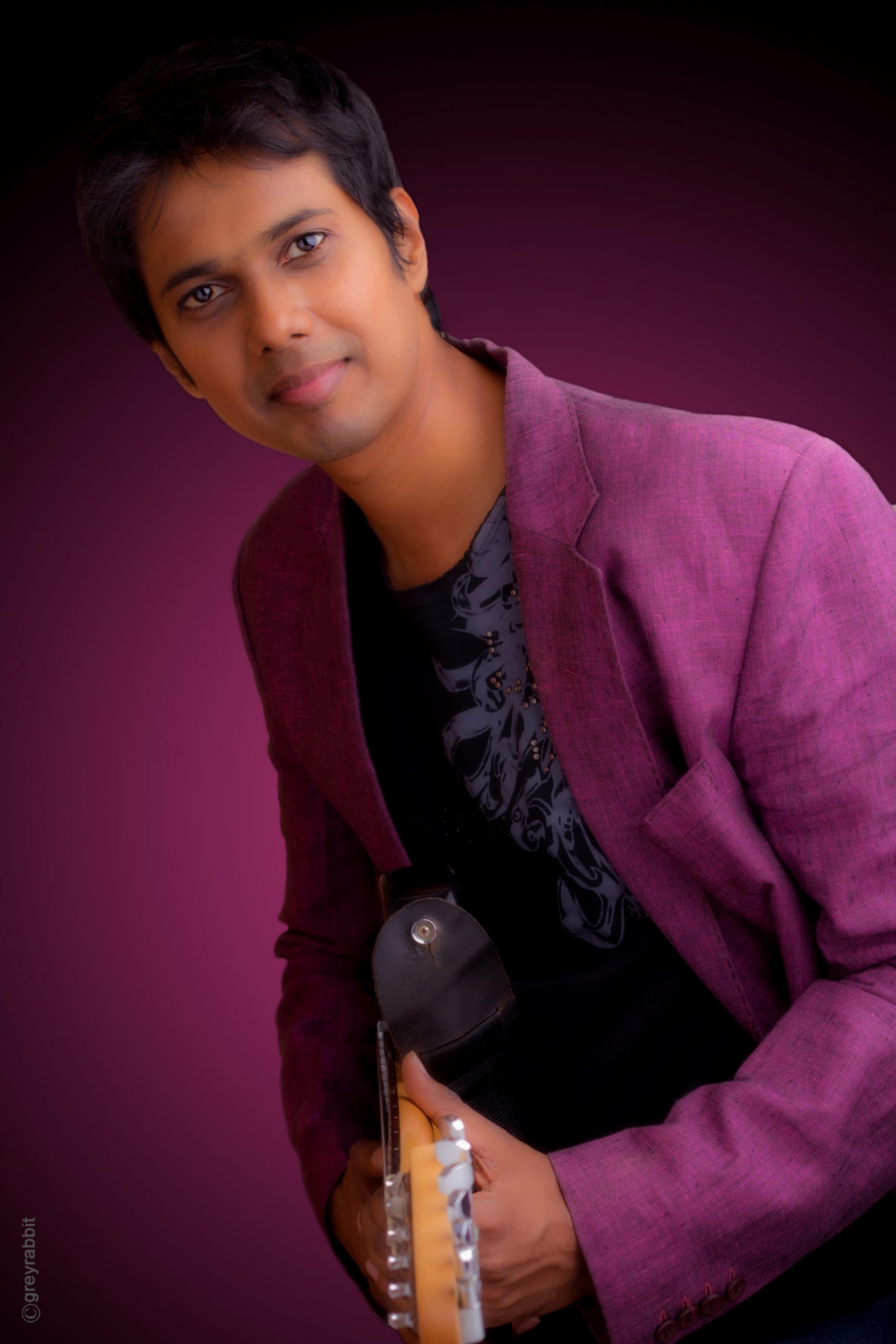 Playback singer Shriram Iyer has sung for movies like Iqbal, Udaan, No One Killed Jessica (Dilli Dilli & Aali re) and Shor in the City. He has toured around the globe with his modern concepts and performed for the IPL and Commonwealth Games. He has sung the superhit track "Yatra" on MTV Coke Studio composed by Amit Trivedi. A jury member on TV show, Saregamapa, Shriram has a huge monthly listener base on audio platforms for his original independent music. 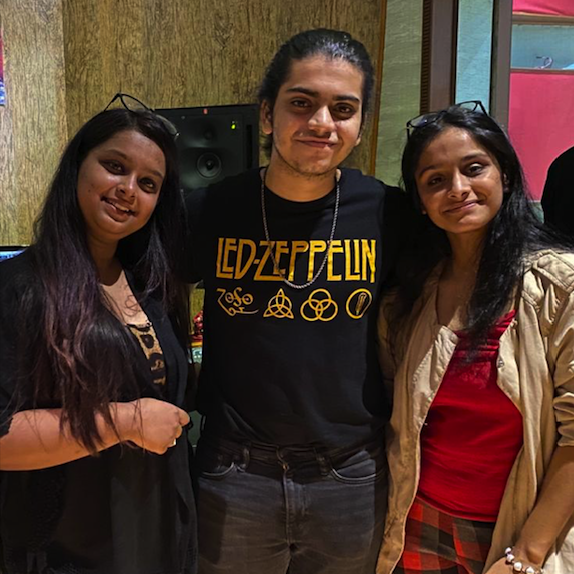 Sneha Bose and Muskaan Tomar are a music director and composer duo, and have lent their voice as singers for many web series and serials. Aabhaas Tomar is an enthusiastic and vibrant music producer. The trio explores and experiments with different genres and are inclined towards global fusion music. 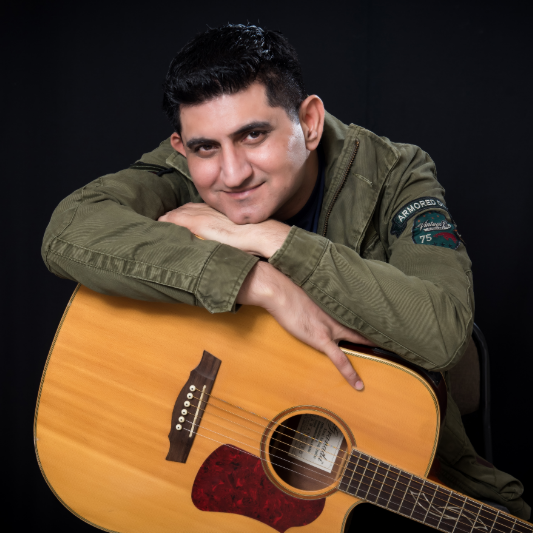 Suniil is a music producer, singer, songwriter, composer and an author, poet based out of Mumbai. He's given songs and lyrics for teleserials/Bollywood and independent music projects. A GIMA (Global Indian Music Awards) Nominee in the film music category, he's also received several nominations as an independent artist for the AAMA (Artist Aloud Music Awards).

With 4 albums released as an independent artist and several songs earlier, his poem was nominated for the World Poetry Convention at Washington DC in 2003 by Poetry.com. He released his first book in 2017. Having performed at Mumbai and Pune venues his Artist Aloud @ Facebook Live Video crossed a million views. His song 'Yo x 5 Jugni (Mix)' reached the top 5 of Akon's Hitlab with a DTS score of 97.3 %.

His music is a combination of acoustic rock and electronica with lyrics which relate more to life and situations in which we find ourselves many times. 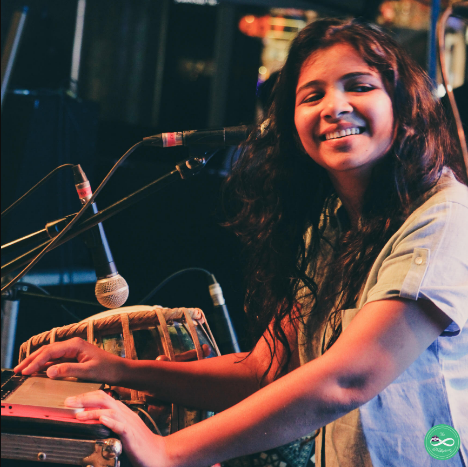 Swarupa Ananth-Sawkar aka Tablanaari is a bold, young Indian percussionist and producer, ranked in the 'Forbes India 30 under 30 list'. She has been a prolific entertainer from a young age, under the mentorship of Ustad Allarakha & Ustad Zakir Hussain. Her debut album 'Raagatronic', released in 2014 with collaborator Shriram Sampath, reached #1 on the iTunes India charts. As a performer and producer, Swarupa has collaborated with many national and international artists, sharing the stage with some musical luminaries including A.R. Rahman, Salim-Sulaiman, Ram Sampath, Ranjit Barot. 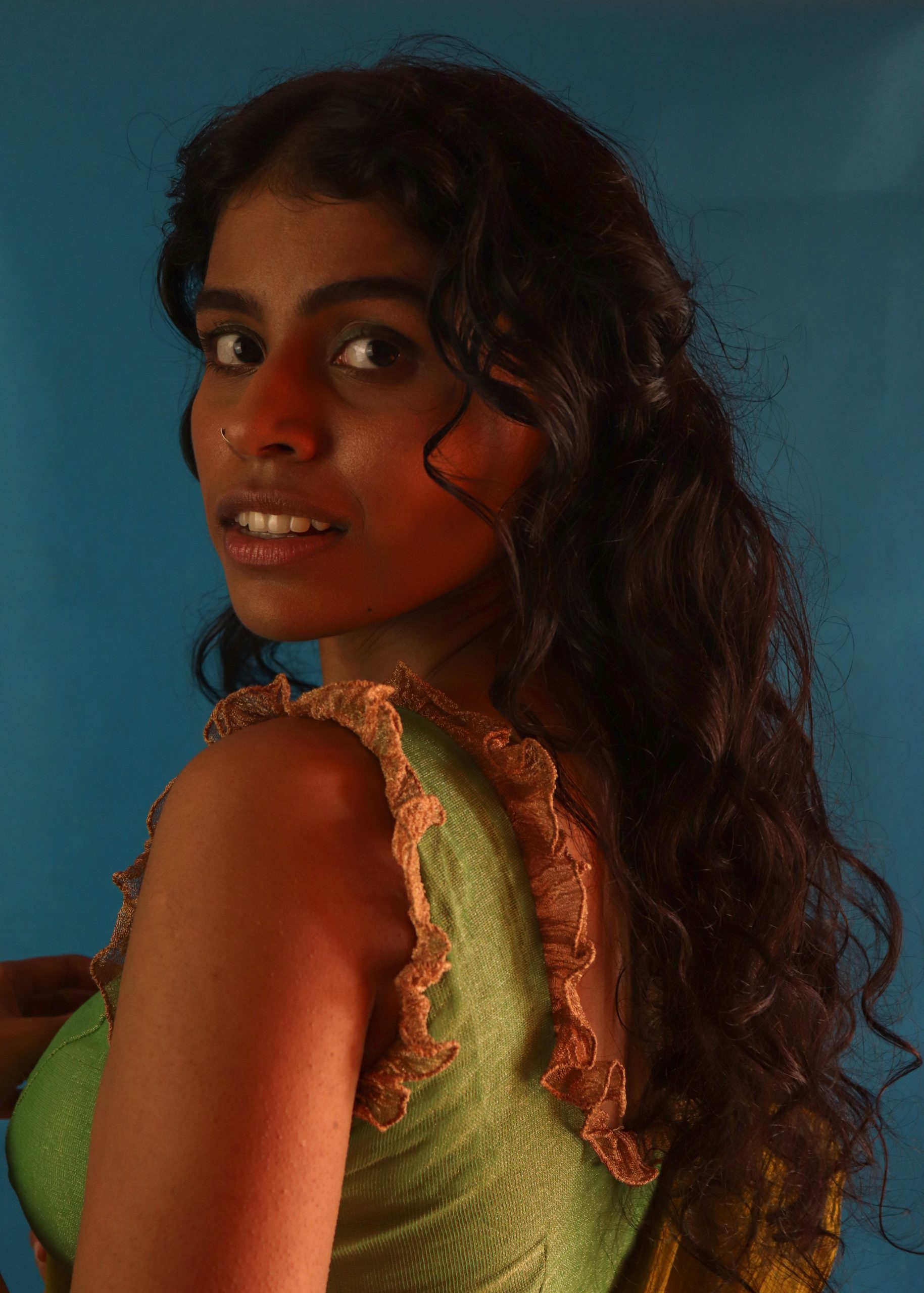 Zoya is a musician and actor from Mumbai, currently living in a jungle. She has acted in many digital ads and also featured in Prateek Kuhad's official music video of his original "Tune Kaha". Her style is raw, honest and heartfelt. She sings, writes lyrics in Hindi and English, plays a synthesizer, a bit of piano and guitar. Her love for music creation was reinforced thanks to the aural magic of synths and all that they can achieve.